The housing market continues to be a bright spot in our economy, with homes in high demand around the country. Existing Home Sales, which measures closings on existing homes and sales would be even higher if there was more inventory, which currently sits at a record-low.

However, there was some good news for homebuyers on the inventory front. Housing Starts were up in December, much stronger than expected. Perhaps even more importantly, starts on single-family homes (which are in especially high demand) were up as were Building Permits.

Builder confidence fell in January but remains at a strong level. The National Association of Home Builders Housing Market Index, which is a real-time read on builder confidence, fell to 83 in January. However, any number over 50 signals expansion.

Lastly, there was some good news from the manufacturing sector, as the Philadelphia Fed Index was reported at 26.5 for January, which was much higher than expected. 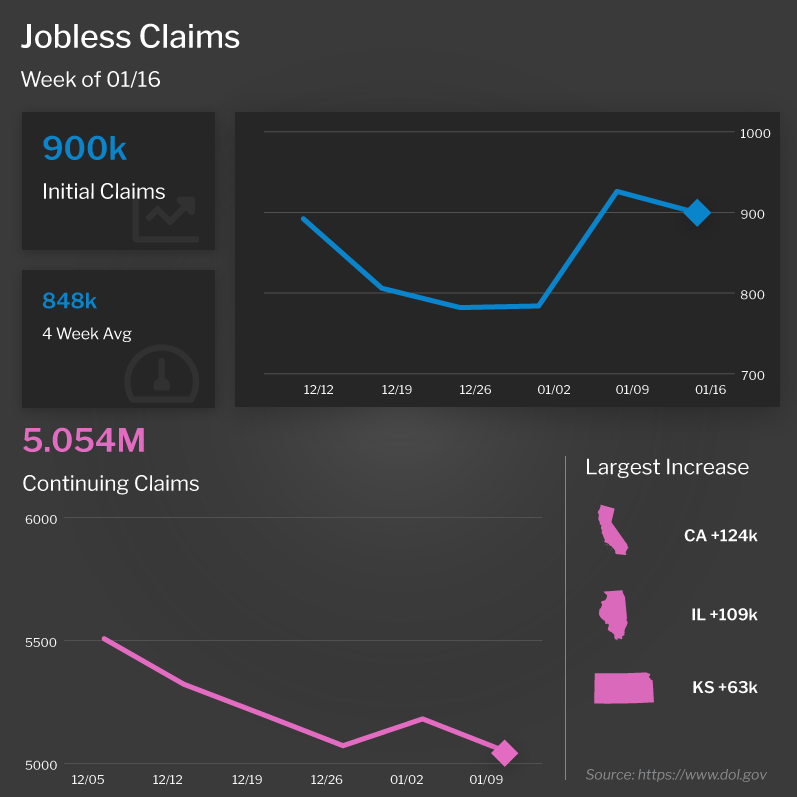 Another 900,000 people filed for unemployment benefits for the first time during the week ending January 16. While this was a decline of 26,000 from the previous week, Initial Jobless Claims remain extremely elevated nearly a year into the pandemic.

Continuing Claims, which are delayed a week and which measure people who continue to receive benefits, also declined by 127,000 to 5.1 million.

Pandemic Unemployment Assistance Claims, which provides benefits to people who would not usually qualify, dropped by 1.7 million after falling 941,000 in the previous week. That figure now stands at 5.7 million. Pandemic Emergency Claims, which extends claims by 13 weeks after regular benefits expire, decreased by 1.4 million to 3 million.

Unfortunately, the declines are likely due to benefits expiring. However, it’s unclear if people will be able to reapply as some of these benefits have been extended in the latest stimulus package. 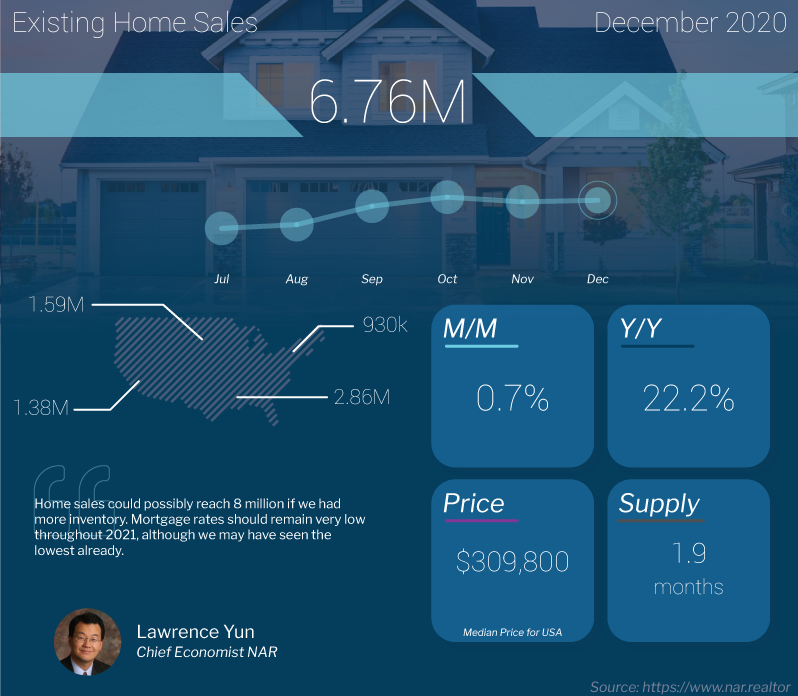 Existing Home Sales, which measures closings on existing homes, were up 0.7% from November to December. Sales were also up 22% year over year.

Low inventory remains the biggest challenge for homebuyers, as there were only 1.07 million homes for sale at the end of December, equaling a record low of just a 1.9-months' supply. This lack of supply helped homes sell fast in December, as they averaged just 21 days on the market, while foot traffic was up 24% year over year. 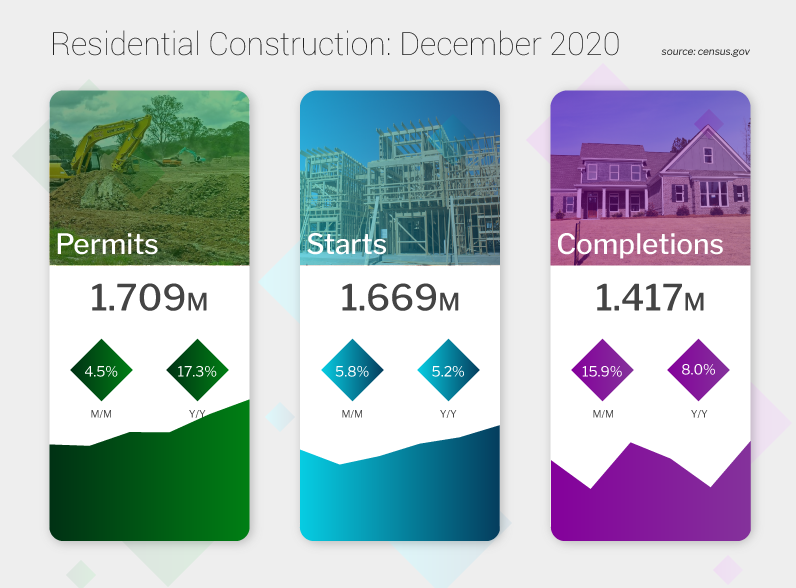 Housing Starts, which measure the start of home construction, were up 5.8% from November to December, much stronger than the 0.8% gain expected. Starts were also up 5.2% compared to December of last year.

Perhaps even more importantly, starts on single-family homes were up 12% from November to December and nearly 28% year over year. This rise in starts will certainly help with the many homes that have been contracted but not built yet. And while more building is needed, the increase in starts is a positive step in the right direction.

Building Permits, which are a good future indicator of Housing Starts, were also on the rise, up 4.5% from November to December and 17.3% year over year.

The National Association of Home Builders Housing Market Index, which is a real-time read on builder confidence, fell 3 points from December's revised figure of 86 to 83 in January.

However, when we look at this number in context, it's important to note that any reading above 50 signals expansion so confidence remains at extremely high levels overall. In addition, there are only three other readings higher over the past year, 85 in October, 90 in November and 86 in December. The reason for the drop in January is that builders are concerned about a changing regulatory environment.

What to Look for This Week

The first Federal Open Market Committee meeting of the year begins Tuesday, with the policy statement to follow on Wednesday, which always has the potential to move the markets. Wednesday also brings news on Durable Goods Orders for December.

The Fed continues to provide stability to the markets with its ongoing purchases of Mortgage Backed Securities. Mortgage Bonds remain in a range between support at the 103.053 Fibonacci level and a ceiling of resistance at the 100-day Moving Average.