Spoilt for Choice When Looking for Hawaii Beachfront Homes for Sale

If you’re in the market for true luxurious living, coupled with a carefree, relaxing lifestyle filled with serenity, then we’ve got just the homes for you!

Owning Kailua real estate means owning something that’s steeped in Hawaiian history and folklore. Archaeologists believe that Kailua was a settled location 1500 years ago, with families and tribes living in and around the nearby Kawainui Marsh. Prior to the arrival of the legendary and swashbuckling Captain Cook, the region served as the capital city to O'ahu's kings.

Post WW II developments proved to be the catalyst for popularity of luxury homes in Hawaii Kailua. The U.S. navy (and now the Marine Core) established installations there, and even the U.S. Army, with Fort Hase, transformed the region dramatically. Hawaii had become a state in 1950, and what was once a postal designation called Lanikai, was officially redesignated to Kailua. 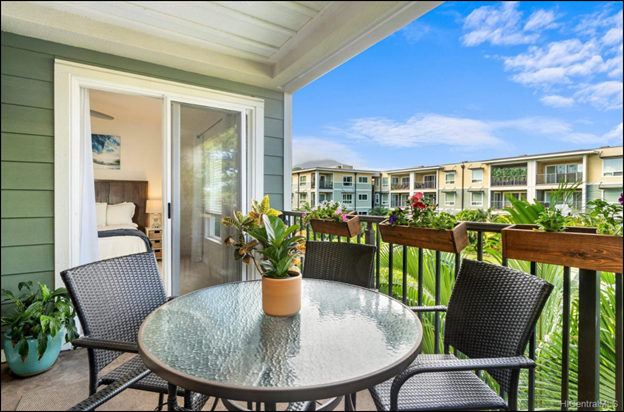 Investors and owners of luxury homes in Kailua Hawaii have access to some of the state’s most renowned natural beauty. Some lucky residents can enjoy the gentle waves of Kalama Beach Park close to where they live. Others can take in watersports at a sports hum in Kailua Beach Park. Regardless of where you buy Kailua real estate, you’ll enjoy unobstructed access to long stretches of white sandy beaches – often right from your front yard, back yard or through bay windows in your living room, kitchen or bedrooms.

There are plenty of other unique features that owners of luxury homes in Hawaii Kailua have access to. You’ll be able to enjoy splendid wildlife observation at the bird-rich Mokulua Islands, a tiny sanctuary for exotic birds overlooked by the peaceful Lanikai Beach above. And then, there’s the Ka’iwa Ridge Trail on the famed Lanikai Pillbox Hike that takes you to the old WW II-era military bunkers. And, for a spot of local culture, don’t forget sample local produce sold at the weekly Kailua Farmers' Market.

Located in East Honolulu, and served by the Kalanianaole Highway, Hawaii Kai is one of the largest area housing residential communities in the region. The housing market itself is a composite of luxury Oahu real estate from 23 distinct towns within Hawaii Kai. These include prized locations such as Mariners Ridge, Koko Head Terrace, Kalama Valley, Kamilo Nui, Koko Kai, and Laulima – to name just a few. 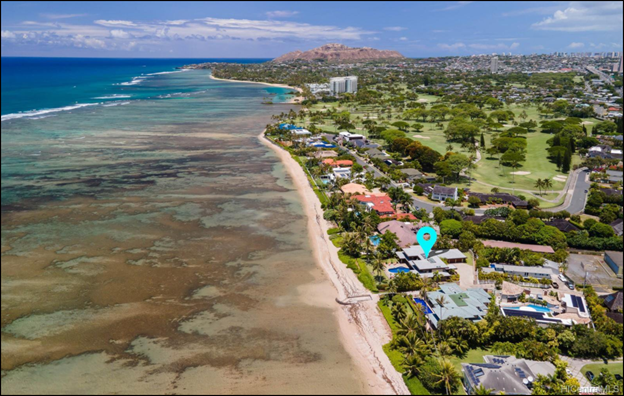 Prospective homeowners, looking to get into the Hawaii Kai luxury homes market, have plenty of amenities close-by, including a peaceful Marine sanctuary in the east, and the sought-after community on Halemaumau Street to the west.

But for those investors, residents and owners that want convenient access to the business world, owning luxury Oahu real estate in Hawaii Kai offers great opportunity for that too. The community is situated less that half-hours drive from Oahu islands central business hub – downtown Honolulu.

Within Hawaii Kai, and in the east Oahu areas, families and guests can enjoy a wide array of lifestyle experiences, including entertainment, shopping and dining. And, if you are a lover of the outdoors lifestyle, your investment in luxury real estate in Hawaii, here in Hawaii Kai, offers you excellent access to outdoors activities such as golfing in the 18-hole Hawaii Kai Golf Course, and other water sports events.

The Hawaii Kai luxury homes market offers a variety of single-family homes, in both gated and non-gated communities. Depending on supply of units in the market, you’ll be able to invest in ocean-facing estates, condos with boating docks and townhomes with marina-facing views.  Depending on where your next home is, in Hawaii Kai, the views you enjoy may be that of the popular Koko Marina, the Koko Head Center or the Pacific Ocean.

When you first prepare to invest in Hawaii beachfront homes for sale, you’ll undoubtedly do a lot of research. And as you continue your investigations, you’re likely to come across legends about one of Oahu’s most renowned landmarks: Diamond Head. Formed more than 300,000 years ago, as a result of deep-sea volcanic eruptions, the 350-acre crater spans 760 feet high at its tallest point.

Along with luxury homes for sale in Diamond Head Hawaii, come fascinating accounts (some would say tales – but native residents swear by their truth!) about Diamond Head and its surrounding areas. One legend has it that, in their quest for a home on the Hawaiian archipelago, the volcano Goddess Pele, and her younger sister Hiiaka thought the head of the volcano resembled the head of a tuna. Hiiaka is said to have named the landmark “lae” (brow) “ahi (tuna) – or brow of the Tuna (subsequently renamed to Leahi).

But, like many locations where luxury real estate in Hawaii were later built, it was explorers from the West that sealed the name of this place. Back in the 1700s, western seafarers and traders mistook sparkling calcite crystals in the rocks of the volcano to be diamonds. They affectionately named the area Diamond Head – and it stuck! 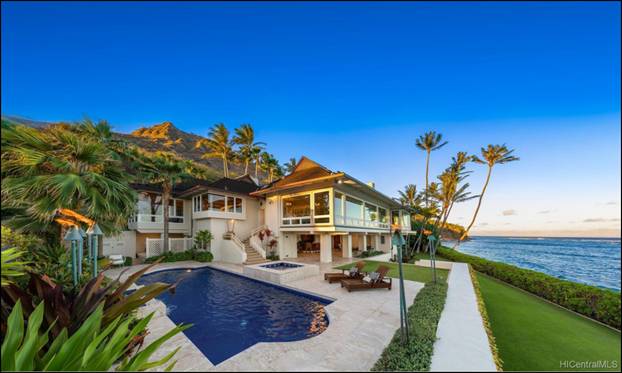 When it comes to owning luxury real estate in Honolulu, the inventory of roughly 650 homes in Diamond Head represent everything you might dream of in terms of an exclusive living experience. If you’re one of the lucky few, you might snag one of the 60 homes constructed on a 2-mile span at the edge of the ocean. From your luxurious vantage point, all you can see is endless stretches of pristine white sand.

Situated just beyond the Honolulu zoo, south of Waikiki, luxury homes for sale in diamond head Hawaii envelope Diamond Head Creek, and encompass the area around Gold Coast parallel to Kapiolani Park and Kalakaua Ave.  Leahi is not the only landmark that your new home will be close to. Marking the southern-most tip of Oahu is the Diamond Head Lighthouse. You and your family and friends will also have access to the famous hiking trail that leads you to a breathtaking observation station giving you a 360-degree view of the surroundings down below.

Click here for all your Luxury Honolulu Real Estate