Initial Jobless Claims are moving in the wrong direction, unfortunately, as the number of people filing for unemployment benefits for the first time increased in the latest week. While the number of people continuing to receive benefits did decline, read on below to see why this news is not as positive as it seems.

In housing news, builder confidence declined in December after setting record-highs in November, per the National Association of Home Builders Housing Market Index. However, the reading is still the second highest on record and shows that builders remain positive about conditions.

While housing remains a bright spot in our economy, retailers struggled in November due to the spike in COVID cases. Retail Sales fell 1.1%, much worse than the 0.3% drop expected, while Core Retail Sales (which excludes automobiles, gasoline, building materials and food service) fell 0.5%. This was also lower than the 0.2% gain expected. This report shows how crucial additional stimulus is for businesses and families to bridge the gap until vaccines are widely deployed.

The pandemic is also causing a slowdown in manufacturing in the New York and Philadelphia regions, as the Empire State Index came in below expectations in

December at 4.9 while the Philadelphia Fed Index was reported at 11.1, also below estimates of 21.1.

Lastly, the Fed held its regularly scheduled Federal Open Market Committee meeting, which turned out to be somewhat of a non-event as highlighted below. 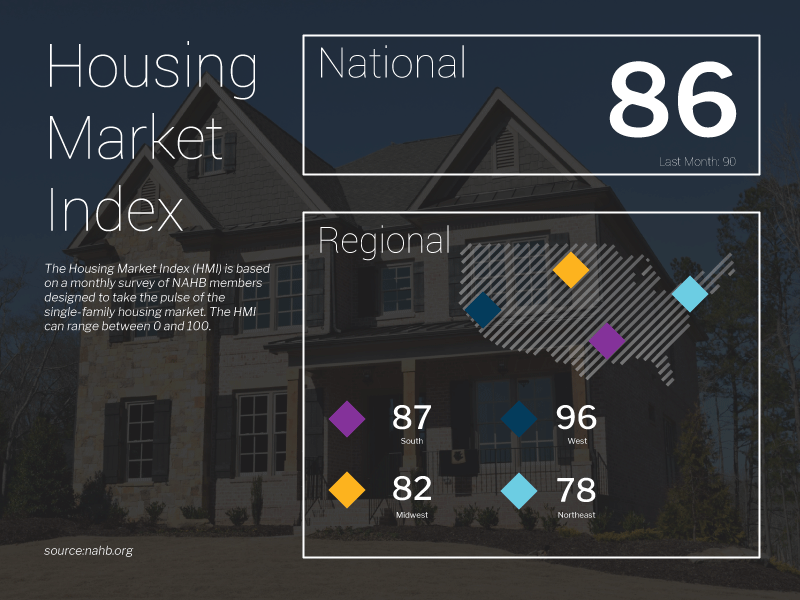 Another 885,000 people filed for unemployment benefits for the first time during the week ending December 12, which is an increase of 23,000 claims from the prior week. Continuing Claims, which are delayed a week, did decrease by 273,000 to 5.5 million. While on the surface this sounds like good news, unfortunately the decrease is for the wrong reasons.

When regular benefits expire, people can file for Pandemic Emergency Unemployment Compensation (PEUC), which extends their benefits another 13 weeks – and that figure increased by nearly 700,000! This is just further evidence that a new stimulus deal and the vaccine distribution are crucial to help businesses and employees in the months ahead.

The National Association of Home Builders Housing Market Index, which is a real-time read on builder confidence, fell 4 points in December to 86 after setting a record high in November. Even though this was a pullback, it is still the second highest number on record. Any reading over 50 in this index that runs from 1-100 signals that more builders see conditions as good versus poor.

All three components of the index declined 4 points in December, with current sales conditions reported at 92, sales expectations for the next six months at 85, and buyer traffic dropping to 73. Again, despite the declines, these are still strong readings.

The latest construction data also supports the strong demand for housing, as Housing Starts rose 1.2% in November from October's revised rate. Starts are also 12.8% higher than they were compared to November of last year. While starts on multi-family units led the way, single-family starts were up 0.4% and at their highest level in 13.5 years.

Building Permits, which are a good future indicator of Housing Starts, rose 6.2% from October's revised rate and they were also up 8.5% year over year. Single-family permits ticked up 1.3% from October to November.

The Latest from the Fed

The Fed held its regularly scheduled meeting, which was something of a non-event as they noted they will continue to purchase Mortgage Backed Securities and Treasuries at their current levels (which has helped stabilize the markets), rather than expand their Bond buying program. Fed Chair Jerome Powell did note, however, that the Fed stands ready to buy more longer-dated maturity Bonds if they feel the economy needs it.

The Fed also reiterated that they are going to keep their benchmark Fed Funds Rate at zero until at least 2023 and that they would not jump the gun on rising rates, even if there are some transient blips of inflation due to COVD and demand coming back faster than supply. Note that the Fed Funds Rate is the rate the banks use when lending to each other overnight and it is not the same as home loan rates. As far as their projections, the Fed thinks the unemployment rate will be 5% in 2021 and GDP will be 4.2%.

What to Look for This Week

The middle of the week is packed with a variety of important reports across many sectors of the economy.

On Tuesday, the final estimate for third quarter GDP will be reported along with Existing Home Sales for November. More housing news follows on Wednesday with November's New Home Sales and the Federal Housing Finance Agency's House Price Index. We'll also get the latest data on inflation with November's Personal Consumption Expenditures, along with Personal Income and Spending.

Finally on Thursday, November's Durable Goods Orders and the latest weekly Jobless Claims figures will be released. The markets will be closing early on Thursday and will be closed on Friday for the Christmas holiday.

The Fed's ongoing purchases of Mortgage Backed Securities continues to provide stability to the markets. Mortgage Bonds are being squeezed in a tight range between their 25-day Moving Average, which has been a solid floor of support, and overhead resistance at 103.70.