Demand For Housing on Oahu Hawaii

Hawaii's high-priced housing market creates a burden on local working families, who face the highest housing costs in the nation. Hawaii’s expensive housing prohibits many families ability to live in Hawaii. Rents have continued to rise, and demand for housing, including luxury units, has increased. Average rents in Hawaii increased by 45 percent during 2005–2012, while average wages increased by only 21 percent. More and more households struggle to afford even a modest place to live in Hawaii, which has the highest “housing wage”—the amount a full‐time worker would have to earn to afford a two bedroom market rental—at $31.54 an hour. 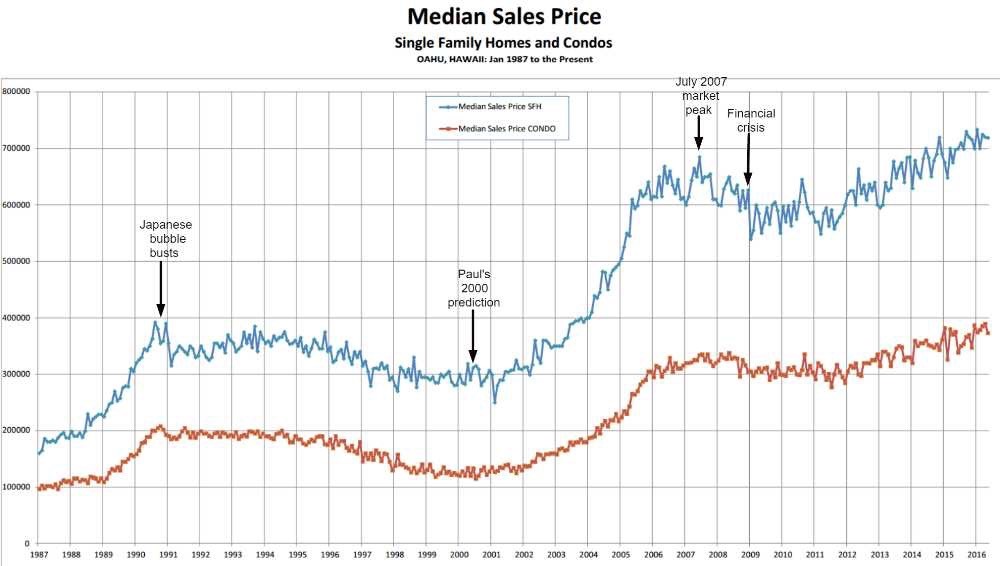 Hawaii will need a total of 19,000 new units by 2016 to meet the demand for low‐income households, yet few affordable units are being developed to meet this need. Hawaii faces the highest rate of homelessness among the states, in large part due to the lack of affordable housing. A new state report estimates that Hawaii needs nearly 64,693 new homes to meet demand over the next ten years. Former State Economist and current owner of TZ Economics Paul Brewbaker's research describes a perpetual housing shortage stemming from the state of Hawaii issuing a maximum of 1,500 permits per year for new housing and the Oahu market requiring an estimated 3,500 new units per year.  At a macro level, the low supply and high demand means the median price will 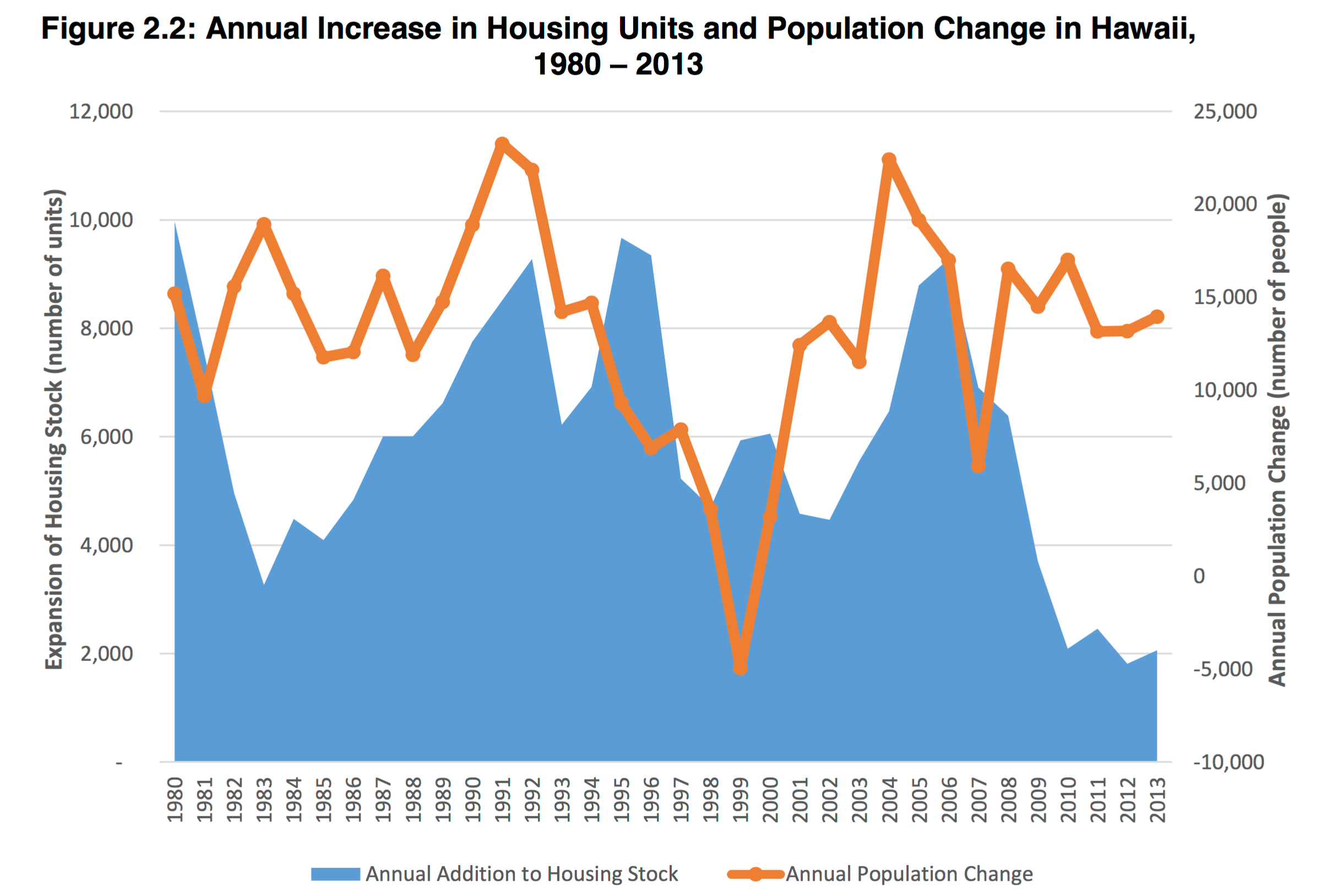